Every week a child is prosecuted for dangerous driving

At least one child per week is prosecuted for dangerous driving in the UK, with 66 minors convicted in 2015, new figures have shown. 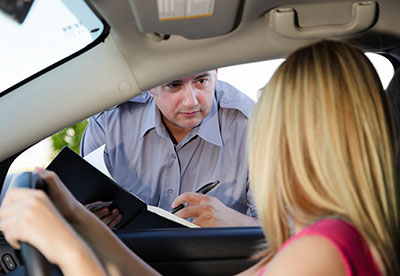 After obtaining the data through Freedom of Information requests, Churchill Car Insurance stressed that the minimum age for individuals to apply for a driving licence is 17.

At least 12 underage people were convicted of the DR10 offence in 2015, which means driving or attempting to drive over the alcohol limit. Another four were prosecuted for the same offence and then failing to supply a specimen for analysis.

One minor was caught for having drugs in their system, while another was convicted for causing death by dangerous driving.

Steve Barrett, the firm's head of car insurance, said the number of offences was "low" but added: "The impact on the victims and their families involved in accidents with these drivers is immeasurable."

The "seriousness of the offences" prompted the insurer to call for a review of whether the deterrents and punishments in place are sufficient.

Churchill also found an increasing number of people being disqualified from driving before they reach the legal age.

In addition, 923 underage motorists were prosecuted more than once for driving offences, with children as young as 12 convicted multiple times. One 16-year-old had been prosecuted 15 times.

"Highlighting these frightening statistics will hopefully act as a catalyst for the government and educators to address this issue as a matter of urgency," said Barrett.

In terms of insurance implications, Churchill said it varied, as those prosecuted may still be able to secure a driving licence when they turn 17.

The firm said: "Bans for underage 'drivers' often start from the date of conviction and could therefore have expired by the time the offender reaches 17, although endorsements will still be listed on any licence issued."