More than 800 cases of cancer registered per day, says ONS

There were 296,863 new cases of cancer diagnosed in England in 2014, an equivalent of 813 a day, according to official figures. 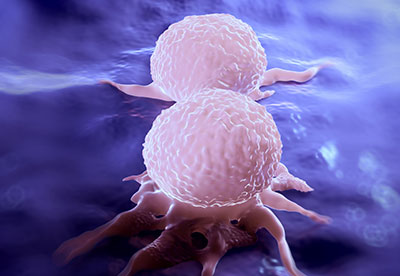 Based on a report published by the Office for National Statistics (ONS), this is an increase from 292,680 cases in 2013.

Neil Bannister, head of cancer analysis at the ONS, said: "The latest figures show the trend for increasing number of cancer diagnoses is continuing.

"There are a number of factors that could be involved, including improvements to screening for certain cancers, while lifestyle choices and an ageing population have increased the risk of individuals being diagnosed with cancer."

These four conditions accounted for more than half of the malignant registrations in England for all ages combined.

Dr Keith Klintworth, deputy CEO at VitalityHealth, said: "We believe it is essential to focus on prevention as well as cure. As mounting evidence shows that certain cancers can be linked in some cases to poor lifestyles, promoting a healthy lifestyle through exercise and a balanced diet has never been so important.

"Not only could this bring great societal benefits, but it could reduce the risks of cancer and other non-communicable diseases and subsequently ease the pressure on the NHS."

The ONS data is an initial analysis of cancer registration in 2014, which forms part of a full report to be published later this year.

This article appeared in our February 2016 issue of The Actuary.
Click here to view this issue
Filed in:
02
Topics:
Health care