Former pensions minister Steve Webb has warned that chancellor George Osborne could be stealing billions of pounds with major changes in the upcoming budget in March. 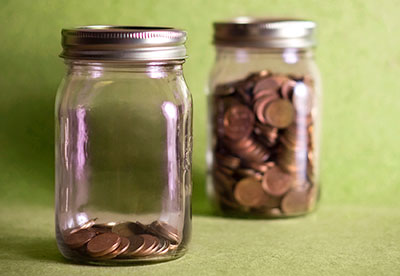 In a report published by Royal London, Webb, currently the firm's director of policy, said existing and future savers would be affected if the chancellor was to replace the current system of tax relief with either a 'pension ISA' or a low flat-rate for all.

Pensions ISAs, where contributions are taxed upfront but investment growth and withdrawals are tax-free, is "superficially attractive" to the chancellor by giving him the chance to bring forward billions of pounds of tax revenue from the time when today's workers retire to the present day.

However, Webb argued the proposed reform would require the 'dual-running' of pension systems for decades to come, as each individual held one or more pensions in a "yet-to-be-taxed" pot, and a new pension in an "already-taxed" pot.

In addition, bringing forward tax revenues to benefit current retirees would affect future generations, who will be a growing proportion of the population.

Webb said: "The March budget could be the biggest example of daylight robbery since the days of Dick Turpin. A pension ISA steals billions of pounds in tax revenues from the next generation who will need the money to fund the public services of an ageing society."

Another major reform being considered is a flat-rate tax relief, where everyone gets the same rate of top-up to their pension contributions regardless of their income.

The report argued a low rate such as 25% would be of marginal benefit to lower earners but would 'steal' billions of pounds from the overall level of support given to pension saving.

"If the chancellor opts for a low flat-rate of tax relief, he will be stealing billions of pounds today from the support we give to hard-pressed savers," Webb argued.

The firm also warned of "tinkering" with the system, which would see further detailed changes to the limits and structure of tax relief "without fundamental reform".

Royal London argued that this would be the "worst of all worlds," creating yet more uncertainty and complexity, whereas any reforms should provide stability and simplicity to the system.

Webb concluded: "We need a reform that helps savers and offers simplification and stability, such as a generous flat-rate of up-front relief, combined with the abolition of the lifetime limit on pension saving. Anything else would be a huge missed opportunity."

This article appeared in our February 2016 issue of The Actuary.
Click here to view this issue
Filed in:
02
Topics:
Pensions