Scam activities were detected on almost 2,200 commercial motor policies in 2015 by screening all cases at the point of application. 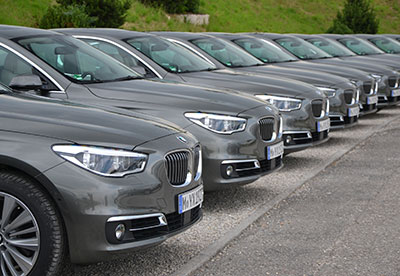 The insurer uses 'Hunter', a detection tool, which screens key underwriting data such as company name, address and vehicles to be covered, against shared and proprietary Aviva databases.

The process involves identifying features or behaviour which indicate suspicious or dishonest applications such as undisclosed information. It also checks against previous known or suspect cases.

Tom Gardiner, the firm's head of fraud, explained the company has already screened policies for personal car insurance "with some great results".

For example, screening helped Aviva identify a "large-scale application fraud ring, which set up policies with the aim of making bogus claims".

"We were able to avoid the policies and avoid fraudulent claims worth more than £3m. In 2015 we identified over 11,000 instances of personal motor application fraud," he said.

Gardiner added the crime was not specific to personal lines, but knowledge on private car insurance has helped the firm prevent and detect scams on the commercial side.

For instance, Aviva found cases previously avoided in their personal book who had set up a fake company to insure their vehicles under a commercial motor product "to hide their identity".

Gardiner said scammers would use "any front door to access cheap motor cover".

"By screening all of our commercial and personal motor business we are slamming those doors shut, protecting our brokers and genuine customers, and keeping premiums low for innocent motorists," he added.

This article appeared in our February 2016 issue of The Actuary.
Click here to view this issue
Filed in
02
Topics
General Insurance