Todays workforce will have to labour into their late 70s and beyond if they want to enjoy the same level of pension as their parents generation, warns Royal London. 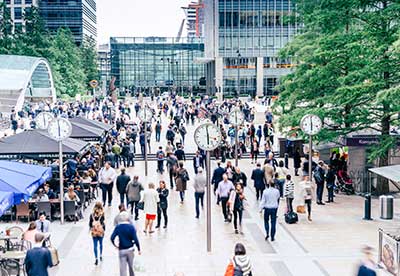 Based on its report The Death of Retirement, the firm said the coming generations of pensioners could have "a radically different" experience of retirement from their parents.

The report, which looks at how long people will have to work if they contribute the minimum of 8% of their wages under auto-enrolment, found they would have to save "significantly more" or "work well beyond traditional retirement ages" to have the same quality of life enjoyed by their parents.

Someone on the national average wage of £27,600 targeting a 'gold standard' pension would need to work until age 77 if they only contribute at the statutory minimum level.

Gold standard is where the total income from state and workplace pensions at retirement replaces two thirds of pre-retirement gross income.

Someone targeting the 'silver standard', a replacement rate of half of pre-retirement gross income, would need to work until  71.

The figures are, "not surprisingly", even worse for those who do not start contributing until their 30s and 40s, according to the report.

Those who start saving at 35 would be required to work to 79 for a "gold standard" pension with index-linking and provision for widows and widowers.

Individuals who start making contributions at age 45 would have to work into their 80s to make up the shortfall.

Royal London director of policy Steve Webb said: "Getting millions more people saving through automatic enrolment is a huge step forward, but many face a cruel disappointment if they think that current minimum contribution levels will deliver them the sort of retirement they are looking for. Without significant increases in contributions, we could be witnessing the death of retirement.

"Even those who save systematically from the start of their working life could face working into their late seventies if they want to replicate the best pensions of those retiring today."

Royal London's findings were under the assumption that individuals immediately contribute at the full rate of 8% from the start of their membership, therefore the effects of the initial 'phasing' of contributions were ignored. Total minimum contributions will increase from 2% to 5% in 2018, then to 8% in 2019.

This article appeared in our February 2016 issue of The Actuary.
Click here to view this issue
Filed in
02
Topics
Life insurance