Pension ISA could lower savings by a sixth

A move to an ISA style of tax relief for pensions could reduce savings by around a sixth over 20 years, the Association of British Insurers (ABI) has said. 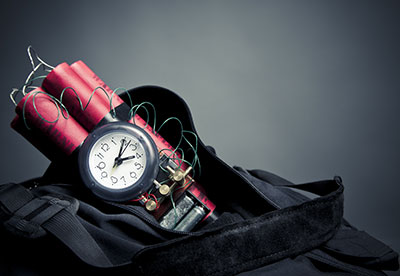 A pension ISA, also called the TEE model (taxed, exempt, exempt) is a system where contributions are taxed but investment returns and withdrawals are tax-free. It was first proposed by chancellor George Osborne during his budget statement in July last year.

The ABI calculated that a pension ISA could lead to an average annual reduction in contributions of £383, even if the UK government added 30% to contributions upfront.

This is based on estimates by the National Institute of Economic and Social Research, which found that the proposed regime would result in a drop of investment savings of 16.8%. If applied directly to an average taxpayers' annual pension contribution of £2,280 per year, this could generate a loss of contributions of £383.

The trade organisation further argued a move to a pension ISA could cut wages by £1,284 per year and reduce the size of the economy by around 6%.

In a separate study conducted by the Pensions Policy Institute and commissioned by the ABI, the TEE model would also create a fiscal deficit of over £5bn a year for future generations. This is based on an upfront government contribution of 30% and relates to pension tax revenue alone.

Yvonne Braun, director of long-term savings at the ABI said: "The pension ISA would hit today's savers and could create a fiscal time bomb for future generations.

"Many savers would be worse off and it would also damage the economy more widely because of its impact on saving and investment."

Instead, the ABI is proposing a flat rate pension tax relief. They believe this approach would produce a "simpler, fairer and more sustainable system" for pension savings, and would encourage people to save more for retirement.

However, yesterday consultancy Hymans Robertson warned middle income earners would be losing out most if a flat rate was introduced.

This article appeared in our February 2016 issue of The Actuary.
Click here to view this issue
Filed in:
02
Topics:
Investment