Life expectancy for pensioners highest ever

Life expectancy for the elderly in England has risen to its highest ever level, according to a report from Public Health England (PHE). 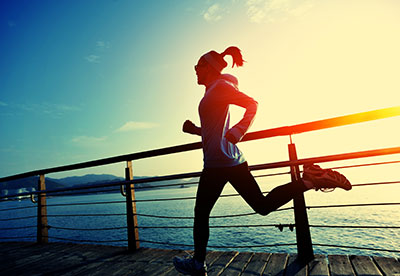 Professor John Newton, chief knowledge officer at PHE said: "Overall the report presents a positive picture nationally and life expectancy is the highest it's been since we started measuring."

However, he added for those who were living longer, many were "doing so in poor health".

"This report is an opportunity to remind people that, even during mid-life, it is not too late to improve your health. Most of us could make changes today, like stopping smoking, being more active or eating better, that would allow us to look forward to healthier later years," he said.

The document also found variation in the figures in regions and local authorities. In all but one region in England, life expectancy at 65 for both genders is higher in 2014 than in any other year presented. The exception is the North East, where male life expectancy was highest in 2013.

For 85-year-olds, the life span for both genders increased between 2013 and 2014 in the country as a whole, but in the North East and East of England male life expectancy remained stable.

Newton said it was "not yet clear" what caused the regional differences, but added: "The PHE will continue to monitor these trends and analyse the data for 2015 as soon as possible."

Stephen Caine, a senior consultant at Willis Towers Watson, noted that although life expectancy was increasing, it had been gaining less quickly than expected.

"So 65-year-olds are expected to live longer now than two years ago, but by less than we thought at the time," he said.

Caine added pension schemes were already allowing changes in their budget for the improvement in longevity. However, as life span was not growing as fast as expected, he said the state pension age might not have to rise as quickly as previously thought.

"It's this worse-than-expected outcome that matters for pension schemes, who were already budgeting for improvements," he said.

"This is also why, unless the government changes the formula used to increase the state pension age above 67, it is now expected to rise less quickly than previously thought."

This article appeared in our February 2016 issue of The Actuary.
Click here to view this issue
Filed in
02
Topics
Health care