Insurers 'must be included' in policy architecture of sustainable development

The insurance sector has an obvious and immediate financial stake when it comes to mitigating the impact of climate change, former United Nations (UN) assistant secretary-general on climate change Janos Pasztor has said. 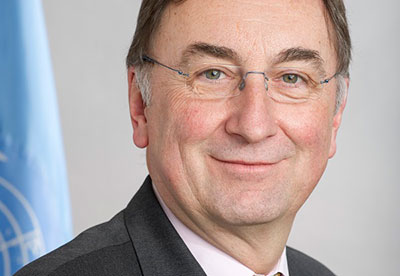 Speaking to Voice, the magazine published by the International Cooperative and Mutual Insurance Federation, Pasztor said investment funds held by insurers and other institutional investors such as pensions funds were "better harnessed" in relation to climate change.

He said: "Investors and those involved in the deployment of capital don't like unknowns. They like certainty and risks that can be managed.

"The insurance sector can help to manage and transfer risk and protect against the potential financial downside due to losses so that businesses feel more comfortable operating and continue to invest in the low-carbon future."

He added that as one of the world's largest industries, insurers were "best positioned" to assess and analyse risk, influence risk reduction behaviour and develop products to ensure sustainability of business models.

Pasztor went to say that the sector would likely play an "influential part" in climate change discussions as part of a proposed taskforce on climate change announced by the Financial Stability Forum.

The taskforce, led by representatives from across the insurance and financial services sectors, will aim to develop a blueprint for voluntary climate-change-related disclosures that would be useful to lenders, insurers, investors and other stakeholders in understanding the material risks.