Reinsurance scheme Flood Re has unveiled its first plan detailing how it will work with partners to enable lower prices and excesses to be offered to consumers by the time it comes to an end in 2039. 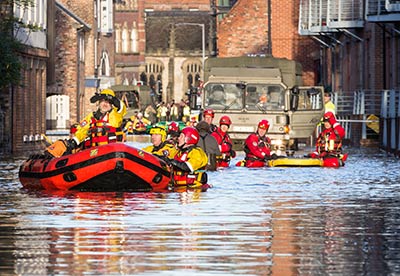 According to the plan, from April 2017, premium thresholds will be in line with the consumer price index. The levy it uses to charge insurers - Levy 1 - will remain at £180m for the first five years of the scheme. In addition, there are currently no plans to change the underwriting scope of the scheme or the excess levels.

Flood Re said over the long term, the risk of flooding and the costs of claims would need to be managed. Therefore, it will provide evidence via three programmes of work in the coming months and years.

The reinsurance scheme will work on a project to benchmark and track prices and availability of household flood insurance.

It will also work to understand how data might be shared to help the government and others make decisions on how to manage risks and costs of flooding.

In addition, it will look at how to incentivise households and insurers to take measures to manage the risks of flooding and reduce claim costs.

To help that process, Flood Re will create an advisory body. The next plan will report back on their work and will be published in time to inform the first of Flood Re's five-year reviews.

Brendan McCafferty, chief executive of Flood Re, said: "This transition plan is important because it is the first time we have been clear about what the market should look like when we end in 2039."

McCafferty warned that in order to successfully reduce premiums and excesses in a "sustainable way" over the coming decades, properties would need to be made more resilient, and action needed to be taken to lower the cost of repairing flood damage.

"Flood Re has an important role in ensuring any action is taken on solid evidence," he said.

"However, as Flood Re has limited powers, we rely on developing strong relationships with the government, government agencies, insurers, consumer groups and others to ensure they take the necessary action to reduce the cost of flooding."

Last week Flood Re secured the remaining funds required for the programme worth £2.1bn.

The scheme is designed to enable insurers to offer lower premiums and excesses to high-risk flood homes across the UK. It will end in 2039.

There will be a review at least every five years to assess Flood Re's progress in managing a transition to a free market for flood risk insurance, which may consider the premium charged for each policy and the levy charged by Flood Re to insurers.

This article appeared in our February 2016 issue of The Actuary.
Click here to view this issue
Filed in:
02
Topics:
Reinsurance