Former pensions minister Steve Webb has criticised the idea of moving the pension tax system into an ISA style regime. 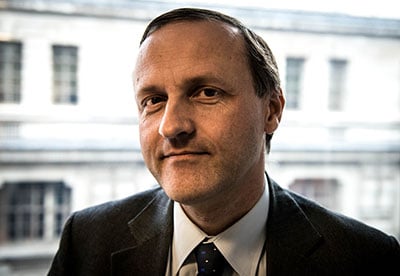 Speaking last week at a pension conference organised by the Trades Congress Union, Webb urged the government to reconsider the proposal ahead of the first 2016 budget statement in March.

Pensions ISA, also all called the TEE model (taxed, exempt, exempt), was first proposed by George Osborne in his summer budget statement. This means contributions are taxed upfront, but investment returns and withdrawals are tax-free.

Under the current system, contributions and growth are exempt from tax but withdrawals, other than the first 25% due to pension freedoms, are taxed.

Webb, currently director of policy and external communications at Royal London, explained there would be a need for schemes and providers to create duplicate pension accounts for each individual.

"Ten million workers who get auto-enrolled will be auto-enrolled to the current tax regime by the time we make changes, they will have a 'not yet taxed' pension. And you have to run another pension for another 10 million people with an 'it's already taxed don't tax me again' pot," he said.

"Somebody has to pay for them. If you have to run another 10 million duplicate pension schemes, that money has to come from somewhere. So it's just waste."

Webb added the proposed model would drag tax for the next generation and add pressure on them to pay tax to fund social services such as health care.

The former pensions minister also warned of the Lamborghini effect with tax-free withdrawals. Currently pension tax acts as brake on withdrawals. He argued there would be less incentive to spread withdrawals.

"Finally if where you have a pension pot that's already been taxed, at the other end it's tax-free, you get what I call the Lamborghini effect. If your pension pot is tax-free on withdrawal, why wouldn't you take the whole lot out and spend it?

"There's a whole raft of reasons why the pensions ISA is a bad idea, and we have a few weeks to persuade that."