Some 71% of UK employees feel they are facing a less comfortable retirement than their parents generation, according to research by Willis Towers Watson. 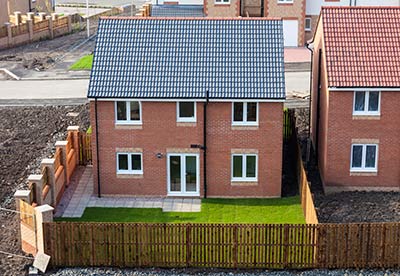 Their annual Global Benefits Attitudes Survey  found that while 60% of people in their 50s were worried about their immediate or their long-term finances, those in their 30s were most likely to be worried about both, with one in five seeing themselves as 'struggling'.

The survey, which polled 1,895 UK employees, said the average age they expected to retire would be just over 65, but many were 'pessimistic' about the duration of their savings. Some 39% predicted their money would run out 15 years into retirement, while more than half (55%) expected it would be gone in 25 years.

"The immediate financial priorities facing employees in their 20s and 30s - including student debt, housing deposits and childcare costs - can make it difficult to prioritise long-term issues such as retirement savings."

The firm said despite the worries, financial satisfaction had increased in the past two years because the economy had 'seemingly' recovered in 2015, with higher wages and low inflation "boosting financial security".

It added that as a result, 52% were satisfied with their present financial situation,, higher than the 42% who answered positively in the 2013 survey.

The research also reported that financial anxiety could impact employees' productivity, as 39% of those who were struggling with their finances admitted it stopped them doing their best at work.

In addition, those with concerns tended to have higher levels of absenteeism. The report found people who were not worried about their finances took an average of three absence days from work per year, while those who were struggling were absent for an average of seven days.

Tran said: "Our survey shows that financial worries can have a negative impact on employees' personal and work life, and inevitably affects productivity, employee engagement and satisfaction. Employers can help their employees by offering flexibility and personal choice when it comes to tackling individual financial anxieties and priorities."

The study is part of wider research, which surveyed more than 30,000 non-governmental, private sector employees across 19 countries.

This article appeared in our February 2016 issue of The Actuary.
Click here to view this issue
Filed in:
02
Topics:
Pensions