Adults aged between 45-59 have the lowest level of personal well-being in the UK according to a report published yesterday. 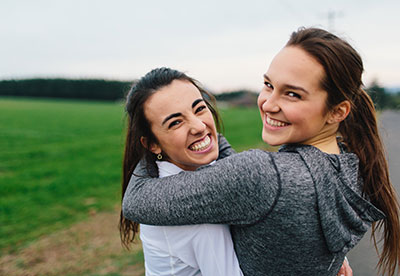 The findings, produced by the Office for National Statistics (ONS), are based on four different measures: life satisfaction, feeling that what you do is worthwhile, happiness and anxiety.

Glenn Everett, ONS director of measuring national well-being, said: "The low well-being in middle age might suggest that those in this age group are struggling with the double responsibility of caring for children and for elderly parents."

The report, which examined personal well-being data for over 300,000 adults in the UK between 2012 and 2015, found those aged between 16-19 and those aged 65-79 reported the highest average ratings of life satisfaction. People aged between 45-54 were least satisfied with life.

Ratings of feeling worthwhile were highest, on average, for people aged between 65-74 and lowest for those aged 90 and above.

The report also found that anxiety ratings increased through early and middle years, and were the highest amongst the 45-59-year-old age groups. But then anxiety levels fell and remained relatively unchanged for those aged 65 and above.

The ONS explained people born in different eras would have had different experiences and expectations which would "ultimately shape their sense of well-being".

It added teenagers and pensioners may have more free time to spend on activities that promote their well-being.

The low level of all four indicators for the middle-aged means that the government, employers and businesses may have a role in improving the well-being of this group, according to the ONS.

"Understanding more about how different age groups rate their personal well-being will help policy makers target groups in most need and concentrate on issues that are fundamental to a good life," said the report.

This article appeared in our February 2016 issue of The Actuary.
Click here to view this issue
Filed in:
02
Topics:
Health care