Actuary of the future: Namrata Bagree 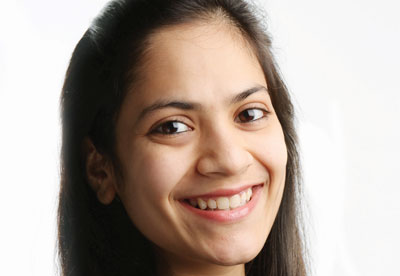 Primarily food, but anything that requires a little bit of challenge, or a whole lot of imagination.

Everything happens for a good reason.

Taekwondo, baking, food festivals and walking around the streets of London.

I am a bit tiny and keep getting asked for ID everywhere I go. The most embarrassing moment was in Disneyland, during the parade. I was sitting next to a kid with a DSLR camera like mine and a silent paparazzi war started between us. The Alice in wonderland float stopped in front of me and the characters started picking up children from the crowd, putting little card costumes on them and forcing them to dance. They picked up my nemesis and I felt so smug laughing at his little face. Sadly, the joke was on me because I got dragged in as well. There I was, surrounded by nine year olds, dancing with teapots.

Jumping out of a plane.

Anna Kendrick because she is short, witty and can actually sing.

If you could be anyone else, who would it be?

Nikita Gandhi - the 21 year old who won the vegetarian season of MasterChef.

This article appeared in our February 2016 issue of The Actuary.
Click here to view this issue
Filed in
02
Also filed in
People & Social News