Ireland is most likely to win the 2016 RBS Six Nations Championship, actuaries have said. 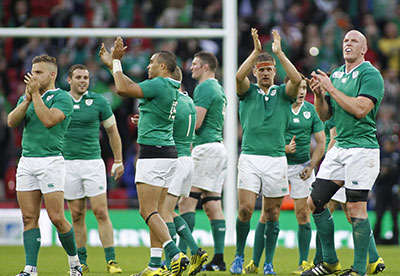 Based on a wide range of variables and 10 years of past events and incidents, England is second favourite, with a 30% chance.

The variables used to forecast the tournament include the number of tries, kicks and conversions scored by team, the caps of each captain, form of the team and home/away advantages.

The model, which simulated the tournament 10,000 times to produce outcomes from 150,000 games, also indicates Ireland to have an 11% probability of winning a Grand Slam, which occurs when one of the teams manage to beat all others.

Ireland is also predicted to have a 20% chance of winning the Triple Crown, where one of the 'home nations' (England, Ireland, Scotland and Wales) defeats all three other teams.

The firm said England was more likely to take home the Calcutta Cup, with a 70% probability of victory. This is awarded to the winner of the Six Nations Championship match between England and Scotland.

Matthew Crane, director of UK and Ireland at QBE Insurance, said: "Predictive analytics is either a dark art or a science, depending on whom you talk to. Rugby teams are not that different from businesses as they have to understand the risks and prepare for every eventuality."

The 2016 RBS Six Nations Championship starts this Saturday 6 February with France against Italy at Stade de France. Scotland will play against England later that day at BT Murrayfield.

This article appeared in our February 2016 issue of The Actuary.
Click here to view this issue
Filed in
02
Topics
Global