Government will not address issues with state pension age equalisation

The UK government has no plans to provide concessions to women who are affected by a series of rises in state pensions age, according to a minister. 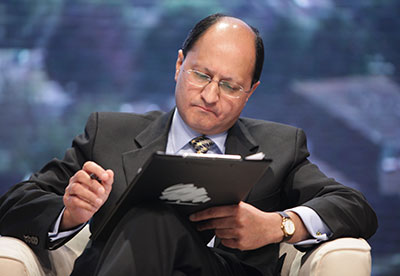 Speaking in a debate in the House of Commons, he said: "It is important that we do not look at this topic in isolation. We cannot look at the changes to women's state pension age without also acknowledging the significant changes in life expectancy in recent years, the huge progress made in opening up employment opportunities for women and the wider package of reforms."

The debate follows an online petition created by the campaign group Women Against State Pension Inequality (WASPI), which has so far secured more than 140,000 signatures. It called for "fair transitional arrangements" for women born in the 1950s'.

Helen Jones, who led the debate, said the issue was not about equalisation but the "speed of the changes", the impact it had on a particular group and the "lack of notification, or totally inadequate notification". As a result, women who were affected were not aware of the change.

"That gross dereliction of duty on the part of the Department for Work and Pensions (DWP) cannot be defended," she said.

The Labour MP of Warrington North added women who were hit by the change were "so angry" about the situation that "they rightly feel undervalued and ignored".

But Vara said increasing life span was adding pressure to state pensions and the government needed to ensure these incomes are sustainable.

"Even when the state pension age changes are taken into account, women in this group will on average receive a higher state pension over their lifetime than any generation before them," he said.

The Conservative MP argued the full rate of the new, single-tier state pension of £155.65 a week meant that 650,000 women would receive an average increase of £8 a week for the first 10 years.

In terms of notification, Vara said a 2004 report by the DWP entitled "Public Awareness of State Pension Age Equalisation" found that 73% of those aged between 45 and 54 were aware of the changes. He added in 2012, further research by the DWP found that only 6% of women who were within 10 years of receiving their pension thought that their state pension age was still 60.

He concluded: "The government recognise the huge contribution that older workers make to the workforce and the country, and we are working with stakeholders to ensure that they recognise those benefits.

"Under the new state pension, people who care for others will qualify for credits that will go towards their contributions to that pension. Our collective responsibility now is to support the package of reforms. Rather than causing continuous confusion for those affected, we need to build further awareness of the measures I have set out."

The issue was previously debated on 7 January where the government was pressured to address the matter after losing out on a vote.