Flood Re has successfully secured the remaining funds required for its new reinsurance programme worth £2.1bn. 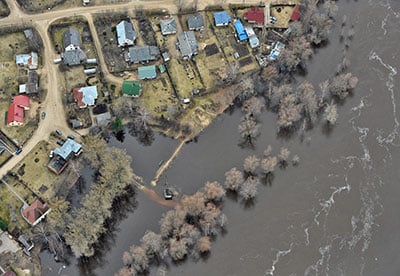 Nearly £1.29bn was raised in the first stage of its tender process, which ended in late 2015. In the second phase the scheme was oversubscribed with 45 entities offering to meet the required amount to complete the deal.

Brendan McCafferty, chief executive of Flood Re, described it as "an important milestone" towards the scheme being ready to accept policies.

"The reinsurance programme has been significantly oversubscribed and we are pleased by the strong demand from the reinsurance market. This is an innovative solution that demonstrates the thought leadership only found in the UK insurance industry," he said.

The procurement process formally began in July and in June the scheme submitted an approval application to the Prudential Regulatory Authority and the Financial Conduct Authority.

McCafferty added: "Although the reinsurance process has now been completed on time and ahead of planned budget, there is still a lot of work to be done. We are testing our systems with insurers to ensure they work effectively and will also continue to work closely with the financial regulators to obtain the authorisation we need to operate."

The process - a first in the UK for reinsurance cover under European Public Procurement regulations - was conducted with the assistance of reinsurance broker, Guy Carpenter.

Charles Whitmore, head of the company's property solutions group, said: "The reinsurance market has proved incredibly supportive of Flood Re from the outset, acknowledging both the opportunity and the level of professionalism running through the whole process. As a result the final placement was relatively straightforward with the world's largest reinsurers providing the majority of the capacity."

Swiss Re is the co-lead reinsurer of the scheme which also advises on modelling, the impact of climate change on flood exposure in the UK, as well as other related topics.

Simon Welton, market head P&C, UK & Ireland at Swiss Re, said: "We are pleased to see that the UK is tackling the issue in this country and strengthening people's ability to recover from the financial impact of flood losses. The cooperation between the government and the insurance industry is an excellent model for closing the flood protection gap."

Flood Re will start operating from April. It is an agreement between the UK government and the insurance industry to develop affordable cover for up to 350,000 homes.