A challenge for the 'eyePlod' team 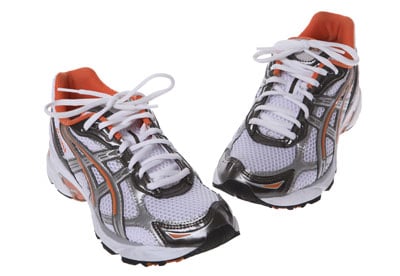 Simon's sight was saved by the wonderful work of the Bristol

Eye Hospital in 2009-11 and he is now a Trustee and Treasurer of the Friends. Elizabeth is a volunteer tandem front-rider for Two's Company.

Simon was running his first-ever marathon - and had thought it would be his last. Elizabeth was running her fourth marathon, adding the scenic (and hilly) Bristol and Bath to her more glamorous collection so far of New York, London and Paris. Here, they describe their efforts:

"The slightly curious course left Bristol in the wrong direction, heading towards Avonmouth for five miles before returning to where we had started. From there, we headed east towards Bath - but not by the obvious direct and largely flat routes along the road or the River Avon. No - a twisting and hilly route through Kelston, passing many tempting pubs full of people enjoying themselves. We had driven it a few weeks before, then wondered if ignorance might have been preferable.

"We both finished in one piece - Elizabeth in four hours 23 minutes and Simon in five hours 50 minutes. It might not sound fast but Simon was pleased to finish and leave himself scope to improve.

Indeed, he is talking of doing it all again!

"We ran under the team name of 'eyePlod' and sponsorship is still open. With thanks to all our supporters so far, we have raised almost £2,400 towards our target of £3,000."

To contribute, go to https://mydonate.bt.com/teams/eyeplod where you can choose to donate to Friends of Bristol Eye Hospital or Life Cycle Two's Company.

This article appeared in our February 2016 issue of The Actuary.
Click here to view this issue
Filed in
02
Also filed in
People & Social News