The Pensions Regulator (TPR) is consulting on its draft innovation plan, which sets out how technology and innovation can help deliver better outcomes for those saving for retirement. 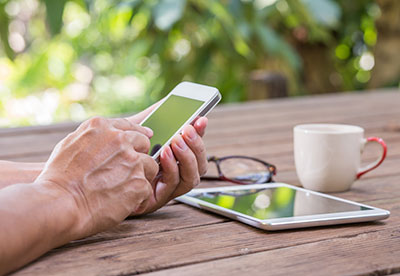 The consultation is part of a government-wide programme to raise productivity in the UK.

The plan sets out the way technology is likely to change sectors being regulated, how legislation could adapt to new technologies to encourage growth, and regulators could better utilise tools to reduce burdens on businesses.

The document pointed to different aspects of technology that are already playing an important role in the pensions industry, such as application programming interface (API), 'gamification' and social media.

Examples of the use of APIs include producing automatic enrolment staging date information to payroll providers and others.

Gamification techniques are used to help members understand how much they need to save, and to model outcomes for the savings they already have. The report said, for instance, one large pension scheme had created a game where a family of characters has to collect as many coins as possible, with the youngest members being given the most time to collect their coins.

Andrew Warwick-Thompson, TPR's executive director for regulatory policy, said: "We do not underestimate the increasingly important role technology is playing in the way pension schemes are administered and delivered, and the way members are keeping track of their savings, particularly in light of pension freedoms.

"Our innovation plan opens a debate with industry on how we can do more to integrate technology into the way we educate and enable the regulated community and explore new ideas such as a pensions dashboard for savers. I urge schemes to take part in the consultation."

The consultation runs until 12 February. TPR intends to publish its finalised plan in spring 2016.

This article appeared in our January 2015 issue of The Actuary.
Click here to view this issue
Filed in:
01
Topics:
Pensions