Around one in five claimants on their home insurance are turned down, according to figures released by the Association of British Insurers (ABI). 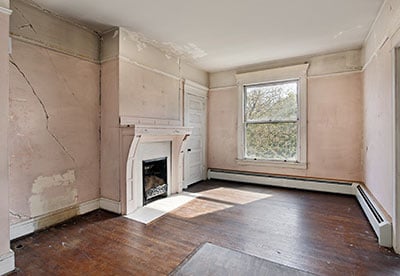 Wear and tear as well as damage caused by a lack of maintenance are some of the reasons for an unsuccessful claim, said the trade body.

Other causes include the claim value being below the policy excess and incorrect cover, such as accidental damage, which is often an added extra.

The analysis, which covers payout rates during 2013 and 2014, showed the average payout was £2,520, while the average combined buildings and contents premium cost £290 per year.

Sandra Pereira, a teaching fellow at Warwick Business School, said complexity of contracts and use of "quite specific jargon" made it difficult for customers to understand their policies.

Pereira also said insurers should put additional effort to support their customers in the buying process by providing advice and making the industry's language "less impenetrable".

Almost all (99%) motor insurance claims were successful, with an average payout of £2,160.

For travel insurance, nearly nine in ten (87%)  resulted in a payout, with an average of £884. The ABI said many were declined due to: cancellation falling outside of the scope of cover, failure to declare a pre-existing medical condition that led to a claim, lack of proof of the loss of items, and the claim being below the policy excess.

The publication of the figures formed part of the ABI's programme to improve customer trust and increase transparency.

Director general Huw Evans said: "Contrary to popular belief, insurers want to pay honest claims. It helps nobody when customers have bought the wrong product or have not disclosed important information."

He added the ABI would use the analysis to "drive awareness campaigns to improve even further the acceptance rates for home and travel".

Part of the ABI's efforts to improve the industry's image also includes the recent publication of the Code of Good Practice with the British Insurance Brokers' Association to help potentially vulnerable customers when renewing policies.