Zurich Insurance has said it is expecting $275m (£194m) of losses from recent catastrophe claims in December. 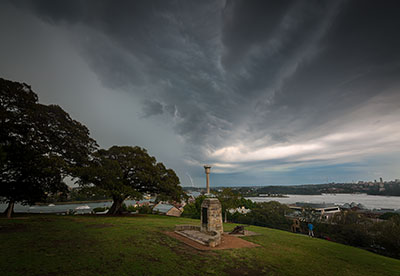 The figure relates to storms Desmond, Eva and Frank, which brought "heavy rainfall" and caused "severe flooding" in parts of North England, Scotland and Ireland.

The company warned the amount was an estimate and the final costs remain uncertain.

In addition, the Swiss insurer was also affected by other recent catastrophes in the last quarter of 2015, including a tornado in Australia and winter storms in the US.

The firm added it experienced "a very high level" of large current accident-year losses in the same quarter. These mainly relate to a large credit and surety loss, and "several significant" property claims.

As a result, the company predicted its general insurance business would report a loss of about $100m (£70.1m) in the quarter, but expected an improvement in 2016 due to a number of measures taken to reduce losses.

These include: use of reinsurance, improving pricing through new underwriting, and re-pricing or exiting a number business lines.

It also added that other businesses would perform in line with expectations, meaning these would make a profit.

"While the 2015 results for general insurance are disappointing, operating performance for both Farmers and Global Life should be in line with expectations, and the group's capital position remains very strong across all key metrics," it said in a statement.

The company has previously announced its interests in acquiring British insurer RSA for £5.6bn. However, a series of explosions in Tianjin of $275m and “weaker than expected profitability” in the general insurance arm meant Zurich had to pull out of the takeover.

Elsewhere in the market, Direct Line Group also announced it was expecting losses of up to £140m as a result of the UK storms, up to £100m of which would come from home insurance claims, while commercial claims would cost up to £40m.

Latest figures released by the Association of British Insurers showed total payouts from its members for the storms had been estimated at approximately £1.3bn.