The UKs financial and professional services sector faces a major skills shortage over the coming years as almost half (46%) of workers plan to retire when they reach state pension age, a recruiter has warned. 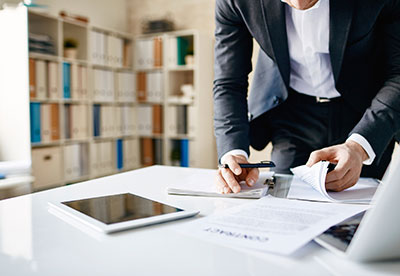 A survey of 120 finance and accounting employees said this "looming talent exodus" was driven by a perception among the industry that senior workers are unwelcome in the sector.

Conducted by Randstad, the survey found nearly four in 10 (37%) respondents were under "significant pressure" to leave once they reach retirement age. A further 39% believed senior workers faced "some pressure" to quit once they become 'pensionable'.

Tara Ricks, managing director at Randstad, said: "Senior accountants often spend much of their time doing solitary work, while high-flying financial professionals have more of a client-facing role. Neither profession really gets the opportunity to be shown how much they are valued.

"But if we're to avoid a talent exodus, banks and accountancy firms are just going to have to go that extra mile to ensure their most experienced workers are feeling loved."

Nearly half (47%) of employees said they could be persuaded to work past the state pension age if they were given an opportunity to take on a mentoring role.

Flexible working was also a popular strategy to retain staff, as cited by 38% of respondents. The same proportion opted for employee retraining schemes.

However, 11% claimed no workplace adjustment would convince them to remain in their job.

Ricks added: "Despite the stresses and strains associated with the profession, many senior financial service workers could be convinced to remain in their role as they get older, provided their employers adopt some creative retention schemes.

"Offering mentoring opportunities could be an attractive option for senior finance professionals, allowing them to impart their knowledge to more junior members of staff, while letting them step back from the more erratic working hours associated with the sector.

The survey is part of Randstad's wider research, which polled 2,000 workers across a range of industries.

This article appeared in our January 2015 issue of The Actuary.
Click here to view this issue
Filed in
01
Topics
Professional