The UK government has announced plans to cap excessive charges for people wanting to access their pensions and appointed the Financial Conduct Authority (FCA) to take up the task. 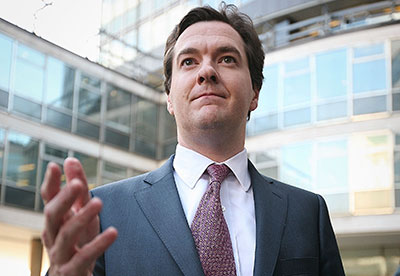 The decision follows a consultation launched by the Treasury on how to remove barriers that may be stopping people from taking advantage of pension freedoms.

The consultation came after data collected by the FCA showed that nearly 700,000, or 16% of customers in contract-based schemes, could face some sort of early-exit charge.

Speaking in the House of Commons, chancellor George Osborne said: "The pension freedoms we've introduced have been widely welcomed, but we know that nearly 700,000 people who are eligible face some sort of early-exit charge.

"The government isn't prepared to stand by and see people either ripped off or blocked from accessing their own money by excessive charges. We will change the law to place a duty on the Financial Conduct Authority to cap excessive early-exit charges for pension savers."

The Treasury said the FCA would be responsible for setting the level of the cap and would consult fully on this "in due course".

Jonathan Howe, UK insurance leader at PwC, said: "We still don't know precisely how the exit fee cap will work - that task falls on the FCA to work out - but if the focus is, as stated, on 'excessive charges' the actual number of contracts affected by this announcement could be relatively small.

"For example, if the FCA placed the cap at 5% of the value of a pension, less than 4% of contracts would be affected. If the cap is introduced at a rate lower than 5%, many more customers could benefit."

"They deter customers from switching to services that are better suited to them, or accessing their long-term and hard-earned savings," he said.

"As such, they prevent effective competition in an industry that desperately needs to restore trust, and they exasperate customers' frustration that even doing the right thing results in unfair treatment by financial service providers."

This article appeared in our January 2015 issue of The Actuary.
Click here to view this issue
Filed in
01
Topics
Regulation Standards