UKs major motor insurers are to work together to address some of the problems associated with automated technology in cars. 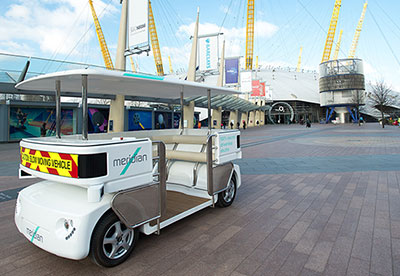 The Association of British Insurers (ABI) said 94% of road accidents were caused by human error and believed the technology could "revolutionise life for people with mobility issues".

A group of 11 firms, led by the ABI and technology centre Thatcham Research, has formed the Automated Driving Insurer Group to look at key issues relating to the technology, particularly concerning insurance and liability.

Concerns to be looked at include: Who could be held liable after an accident; coping with vehicles at different levels of automation; how data from individual vehicles will be recorded and used to improve safety and clarify liability; and whether existing road traffic laws need to be altered and what those changes might be.

James Dalton, director of general insurance policy at the ABI, said the industry was one of the business sectors likely to be most affected by driverless cars.

"Contrary to what some people might expect, insurers are not standing in the way of this development but actively looking to support progress and innovation," he said.

Peter Shaw, chief executive at Thatcham Research, said: "Automated driving is developing at pace, and safety is paramount from both a driver's perspective as well as an insurance risk.

"Working with car manufacturers and insurers, we'll be researching and testing systems to provide insight and evaluation of the potential risks and benefits at each step of the way towards a world where cars can drive themselves."

The group will be chaired by David Williams, head of underwriting at AXA.

The Automated Driving Insurance Group consists of representatives from the following firms: