The Insurance Fraud Taskforce (IFT) has come up with a series of proposals to help the sector tackle fraudulent claims, which involve different industries working together. 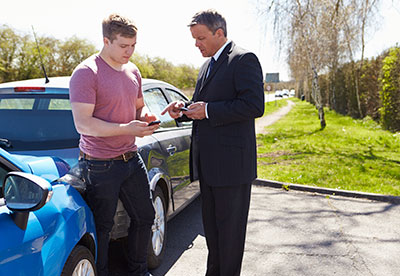 According to a report published by the IFT, the recommendations cover a wide range of issues facing the industry, such as policyholder attitudes and perceptions, different types of people who commit fraud, the legal system and data availability to detect fraud.

Suggestions include greater use of data sharing to detect crime, improving consumer trust, collaboration between the insurance sector and regulatory bodies and being alert to new areas of fraud such as hearing loss.

The taskforce highlighted that fraud is not always recognised as a crime and firms need to take steps to "curb a culture of distrust" towards the industry and a lack of popular understanding of how insurance works.

For instance, application and claims forms could be made easier to understand and the sector could launch new anti-fraud campaigns.

The recommendations aim to improve consumer trust in the sector and raise the public profile of fraud as a criminal activity, said the Treasury.

She said: "These recommendations will galvanize our collective efforts to tackle insurance fraud, and will ultimately reduce costs for consumers."

He said: "It is clear that the ban on referral fees has not been properly policed, and in our manifesto BIBA has also called for a level playing in terms of the regulation of CMCs and for more supervision of these companies. To see this in the taskforce recommendations is great news for the insurance industry and its customers."

The Association of British Insurers (ABI), also a member of the taskforce, said the recommendations around regulation of CMCs and solicitors, nuisance calls, late notified personal injury claims and hearing loss claims reflected ABI's calls for action to tackle the issue.

James Dalton, ABI director of general insurance policy, said: "The industry will do whatever it takes to protect honest customers from the dishonest minority, including ensuring that customers understand exactly what they are covered for, so that they can get the most from their insurance legitimately.

"The report calls for the government to set up a body to take forward its recommendations, and we will work with whoever may be appointed to ensure that there is no hiding place for insurance fraudsters."

The insurance taskforce was set up in January 2015. Interim findings were first produced in March.