Triple lock is 'daylight robbery' for the young, says charity

The triple lock pension policy is unsustainable and at the expense of young people, according to the Integenerational Foundation (IF). 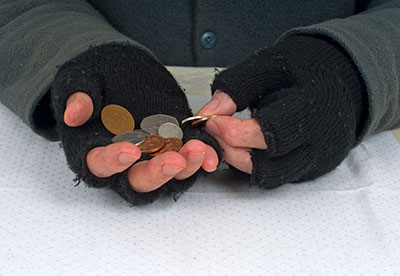 The charity, which promotes fairness between generations, said the policy, which guarantees pensions rise in line with either inflation, wages or 2.5%, whichever is higher, was too expensive to maintain.

The IF believed "at the very least" that the 2.5% automatic annual increase should be scrapped during periods of zero or negative inflation.

Co-founder Ashley Seager said: "State and public sector pensions are unfunded and unsustainable, while the triple lock on pensions is a daylight robbery for young people who must dig ever deeper into their pockets to continue to reward often very wealthy pensioners."

Seager's comment comes after MPs decided to launch an inquiry into wealth disparity between generations.

The Work and Pensions Committee wanted to examine the issue of 'intergenerational fairness' - the question of whether people approaching retirement had enjoyed and accumulated much more housing and financial wealth, public service usage, and welfare and pension benefits than more recent generations could hope to receive.

For instance, the committee said people born in the middle of the baby boom - between 1956 and 1961 - had been forecast to receive 118% of what they contribute to benefits, while younger generations would have less at each point in their lives than their parents had acquired at the same age.

The inquiry follows a study that reported the current generation of pensioners for the first time had incomes higher on average than the rest of the population.

The committee will investigate whether this disparity is a consequence of government policies, such as the "triple lock". It will consider steps that could be taken to address any intergenerational unfairness.

The IF urged the government to take more notice of the "increasing intergenerational unfairness sweeping through our society".

Seager criticised the UK government for favouring older voters, adding: "The government has for far too long given everything to the 'grey vote' while simply loading the costs of such policies onto young tax payers and babies not yet born."

Frank Field, chair of the committee, said: "Is it fair and affordable to divert a large and growing sum of public expenditure toward pensioners, regardless of their circumstances, while mainly poor families with children face year-on-year restrictions on their income? Can the "triple lock" pension increase pledge be sustainable? Or are these policies necessary to guard against pensioner poverty?

"The select committee hopes to learn from voters of all ages what they believe to be both fair and affordable, so we can propose ways of restoring confidence across all generations in the welfare state."

Written submissions to the inquiry are accepted until 19 February.