Failure of climate change mitigation and adaptation is the number one global risk in terms of impact, according to the latest global risks report by the World Economic Forum (WEF). 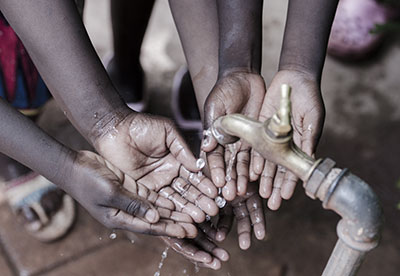 Based on a survey of 750 experts across a range of backgrounds drawn from business, academia, civil society and the public sector, the report found that for the first time since 2006, an environmental risk had topped the rankings.

The annual survey looks at 29 global risks for both impact and likelihood over a 10-year timeframe and these are divided into five categories: environmental, geopolitical, societal, economical and technological.

Margareta Drzeniek-Hanouz, head of global competitiveness and risks at the WEF, explained that climate change was not a new concept, but recent events and frequency of natural disasters justified its ranking this year.

Speaking at the launch this morning, she said: "We do see more severe and more likely weather events. There are more droughts and floods. We have a higher and higher assessment of climate change."

In terms of likelihood, large-scale involuntary migration was ranked number one, followed by extreme weather events and failure of climate change mitigation and adaptation.

The report also found risks were more 'interconnected' than ever before. It highlighted how climate change had widely contributed to water crises, which in turn, had lead to involuntary migration.

She also stressed the importance of adaptation over mitigation.

Speaking at the same event, she said: "Mitigation is necessary but adaptation is vital because we're feeling and experiencing the effects of climate change today."

The event follows the United Nations 2015 Paris Climate Conference, also known as COP21, where global leaders agreed to keep to a temperature increase below 2°C, with an attempt to limit it to 1.5°C.

Reyes said although COP21 was a "major step in the right direction" she reiterated "more needs to be done".

"The consequences of climate change pose huge challenges, whether it is the cooling of production warehouses, natural catastrophes and how they disrupt operations, damage infrastructure, increase in prices and volatility in commodities," she said.

Respondents were asked to assess the impact and likelihood of the individual risks on a scale of 1 to 7, with 1 representing a risk that is not likely to happen or have impact, and 7 a risk very likely to occur and with "massive and devastating impacts".

For further information and the press conference video, click here.