Workers who travel from place to place are eligible for automatic enrolment following a legal victory for the Pensions Regulator (TPR). 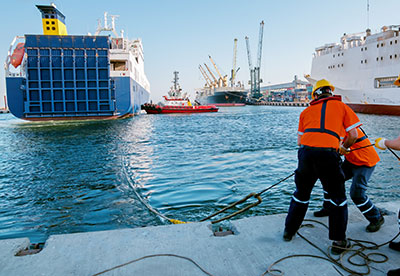 Fleet Maritime Services (Bermuda) (FMSB), an organisation that employs staff for cruise ships, sought a judicial review and challenged the regulator's approach and guidance on employees who travel and work in different locations, such as seafarers and airline pilots.

The employer argued that many of its UK staff worked in international waters and could not be said to "ordinarily work in the UK".

But TPR said the location of a worker's base was the primary consideration when deciding whether they fall within the definition of a jobholder under the Pensions Act 2008, and believed its employees were eligible to be automatically enrolled.

A High Court judgment ruled that the regulator's approach on such workers was correct and that when establishing where an employee "ordinarily works", the base test, not the contract test, is the appropriate one to apply.

For these workers, the court found in favour of the employer and revoked the compliance notice to enable the regulator to look again at the matter. The regulator will contact FMSB to discuss its pension duties going forward.

This is the first case where the regulator's approach in relation to automatic enrolment has been subject to a judicial review.

TPR's chief executive Lesley Titcomb said: "The judge confirmed that our approach in this particular case, and our guidance on how to assess peripatetic workers for the purpose of automatic enrolment, is correct. He also made clear that decisions of the regulator based on the assessment of particular facts are not ordinarily suitable for judicial review."

"In addition, this case also demonstrates that where appropriate we are prepared to defend against judicial reviews and our commitment to upholding the principles of automatic enrolment."

In July 2014, TPR issued the firm with a compliance notice setting out employer duties about automatic enrolment.

FMSB requested a review in September 2014, but the regulator affirmed its decision to issue a compliance notice. This prompted the employer to seek a judicial review of the decision.