The Labour party has appointed Angela Rayner, MP for Ashton-under-Lyne, as the new shadow pensions minister. 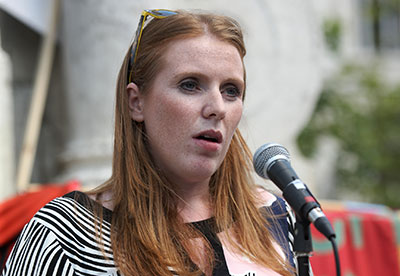 Rayner replaces Nick Thomas-Symonds who has now become shadow minister for employment. He takes over from Emily Thornberry who has been assigned as the defence secretary for the party.

Rayner will take up the role under Owen Smith, shadow secretary of state for work and pensions.

The Ashton-under-Lyne MP was first elected in May. She started her career as a care assistant for the elderly before being elected as a union representative for UNISON.

She also served on Labour's national policy forum to ensure delivery of equal pay for women working in the public sector.

Rayner said: "With a growing elderly population, the future for pensioners must be at the top of Labour's agenda in opposition, so that we develop successful, realistic policies for the next general election.

"I will be working hard to make sure that we can offer our pensioners the dignity and security they deserve in retirement."