Local government pension scheme 'must be replaced' with sustainable model

The local government pension scheme (LGPS) must be overhauled and replaced with a sustainable scheme in order to avoid rapidly running out of cash, according to a report. 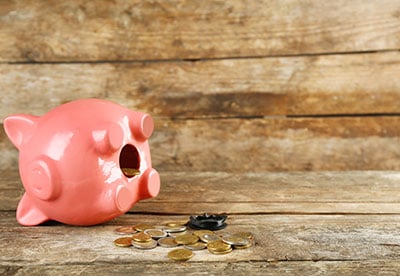 The paper, published by The Centre for Policy Studies (CPS), follows a recent sister report which raises concerns around the long-term cashflow for LGPS.

The think tank said the 89 public pension funds in England and Wales that make up LGPS, would reach a crisis and become unsustainable due to combination of factors, including past under-funding and end of contracting out rebates.

Johnson said: "Putting the LGPS onto a sustainable footing requires political bravery, but doing nothing in respect of the on-going DB pension accruals is not an option. Politicians should bear in mind that the inevitable cashflow crisis risks ceding management control to the media."

To address DB accruals, all the assets of the 89 LGPS funds should be pooled into a few infrastructure-oriented British Wealth Funds (BWF). The allocation of each LGPS fund to a BWF could be based on its latest valuation to minimise the range of funding ratios within each.

Alternatively, schemes could be funded on a pay-as-you-go (PAYG) basis to meet past DB accruals. In this case, a few BWFs could be established as 'competing endowment funds', meaning funds without liabilities, seeded with LGPS assets.

Johnson added this would require "politically independent governance" to oversee any infrastructure portfolio. This could involve the recently established National Infrastructure Commission.

A spokesman at the Local Government Association (LGA) said: "The Local Government Pension Scheme remains cash positive. In 2014/15 some £3.15bn was added to funds as a result of income once again exceeding expenditure across the scheme.

"Nevertheless, the deficit position is challenging for employers especially given the financial challenges still facing councils. The LGA is working with funds and other stakeholders both directly and via the Scheme Advisory Board on further reforms such as the pooling of assets in order to secure the long term affordability of the scheme."