Annuity rates have more than halved since 1994

The average annual income from a standard annuity in 2015 fell by 56% in 21 years, research has found. 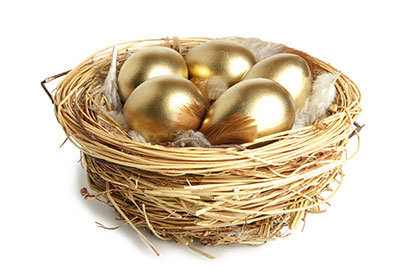 Moneyfacts, which started recording the data since 1994, said the reduction in value was driven by low gilts, uncertainty created by pension freedoms, and preparations for the Solvency II directive, which went live earlier this month.

Solvency II has been in the pipeline for over a decade, but Richard Eagling, head of pensions at Moneyfacts, explained delays in the final set of rules and the approval of firms' internal models, meant that most annuity providers "were not able to fully factor Solvency II requirements into their rates until the final months of the year".

According to the study, rates "made the worst possible start to 2015". January saw providers respond to all-time low 15-year gilt yields, leading to the biggest monthly fall that the firm had ever recorded.

Further reductions during March and April 2015 saw rates fall to "record lows" just 17 days into the new pension freedoms regime, which was "unfortunate timing" for those who may have deferred making a choice until the introduction of the new options, and subsequently decided that an annuity was the most suitable product for them after all.

The study also revealed that the second quarter of 2015 saw gilt yields rising but rates ended the year with some "sharp reductions during the last quarter".

Joint life standard annuities saw even bigger reductions, with rates dropping by as much as 7.7% in some cases.

Moreover, with gender neutral pricing introduced in December 2012, insurers across the European Union had to charge the same price to men and women for the same insurance products. Eagling said providers "erred on the side of caution" with their pricing and were reluctant to price "too far ahead of the competition".

"2015 proved to be another difficult year for annuity rates with providers forced to stay on their toes and cut rates in order to react to low gilt yields, the reduced business volumes brought about by pension freedoms and the need to fully factor in the new Solvency II requirements," he said.

This article appeared in our January 2015 issue of The Actuary.
Click here to view this issue
Filed in:
01
Topics:
Pensions