EU climate policies are jeopardising energy markets and pushing up electricity costs for consumers across the UK, according to Institute of Economic Affairs (IEA). 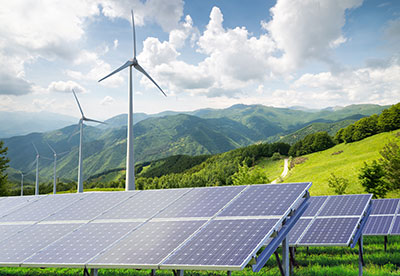 In a report published for the think tank, interventions in the market over the past 10 years have led to "much higher costs of reducing carbon emissions, greater chances of the lights going out, higher prices and less competition".

The institute said attempts by the EU to promote competition and liberalisation had "only been a partial success at best" and bias towards renewable energy further reduced competition in power markets.

Philip Booth, academic and research director at the IEA, said: "Until 10 years ago, the UK led the way in reforming the electricity industry. Markets were deregulated, competition was promoted and industry was privatised, leading to both consumer costs and greenhouse gas emissions falling."

However the think tank argued that a major U-turn began in the UK around 10 years ago, reducing competition and freedom.

Steps included limiting the number of offers and tariffs available to consumers, the introduction of measures directing electricity generating companies towards particular technologies, and long-term agreements to fix prices in markets.

"When demand for electricity falls, as it did post 2008, renewable energy producers are immune to the consequences. Because renewables have priority access to the grid and receive subsidies, the genuinely competitive part of the electricity market has been dramatically reduced," said the IEA.

They also pointed out that the issue with intermittency, which is "inherent" in many renewable sources of energy, leads to price spikes and the potential for either "huge increases" in consumer prices or blackouts.

Booth added: "Forms of regulation, promoted both by the UK and the EU, designed to promote renewables have been incompatible with genuine competition, and led to the unsatisfactory result of regulations leading to yet more regulation."

The report proposes the UK to return to, and the EU to develop, a "fully liberalised and competitive" market, both at the wholesale and retail level.

"The UK should return to its earlier successful policies and the EU should develop a framework to ensure that other countries follow," said the IEA.

This article appeared in our January 2015 issue of The Actuary.
Click here to view this issue
Filed in:
01
Topics:
Environment