Experts in the actuarial and accounting industry have criticised the UK governments decision to launch a secondary annuity market, calling the idea unlikely to benefit that many people. 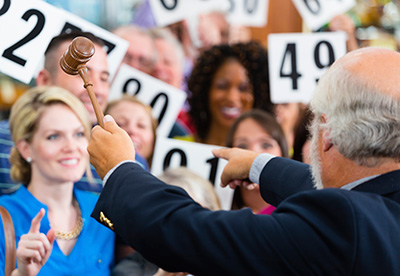 The Institute and Faculty of Actuaries (IFoA) described the move as an "attractive option" for many existing customers, but said they needed to be aware of the risks of running out of money later in retirement.

A survey previously published by the institute found the majority of respondents would not want to sell their annuity for any reason. Additionally, 40% believed they could end up worse off by cashing in.

Gareth Connolly, chair of the IFoA Pensions Board, said: "Annuities are therefore likely to continue to play an important role in the pensions market as people value the certainty of an income for life."

The Institute of Chartered Accountants in England and Wales (ICAEW) agreed this could give people the freedom to spend their own money, but John Gaskell, ICAEW financial planning and advice manager, said: "The reality is it will be complicated, expensive to get right, and is unlikely to benefit that many people."

The government's decision to allow people to sell their annuity was announced on Tuesday. It set out details on how it would work, such as requiring people to seek independent advice for incomes worth above a certain threshold, and extending Pension Wise to cover the secondary annuity market.

The government will also work with the Financial Conduct Authority (FCA) to develop steps for regulation, and with the industry to create an online tool to help consumers work out an estimated value of their annuity. In addition, the FCA will launch a consultation in 2016 on their proposed rules around the market.

Connolly believed establishing a "fair value" for pensioners would be difficult and described the proposed online tool as a "step in the right direction" but added it needed "careful development".

He welcomed the government's plans for further consultation on how firms should be regulated, but outlined a number of challenges facing the industry.

These include: keeping track of whether annuitants are still alive once payments are redirected; and "appropriate medical underwriting" at the time of purchase.

Gaskell agreed with the difficulties of establishing a "fair price" and said: "The advantage will lie with financial services firms, not consumers who want to sell."

He also approved the idea of Pension Wise being extended to cover the market, but said savers needed expert advice, which "isn't free".

"The market will need decent infrastructure and regulatory oversight. The last thing we want is to end up with is people auctioning off their retirements," he added.