Nearly one in five learners act as 'designated drivers' over Christmas

Some 17% of motorists have admitted to acting as designated drivers while they were still learners, by taking people home after a Christmas night out, a survey has found. 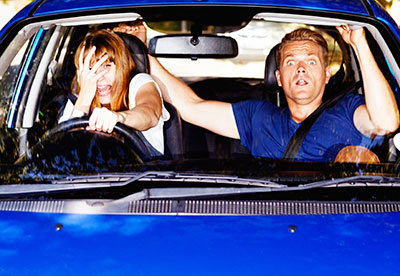 But Co-operative Insurance urged these drivers to rethink their plans as it is against the law for learners to drive without appropriate supervision.

The insurer said passengers who 'supervise' have to adhere to road laws as if they were driving. For instance, they cannot exceed legal drink drive limits.

The survey, which polled 2,000 motorists, found nearly half of those designated drivers did not believe their passengers were "fit enough to help them out" if needed. This led to 28% of these inexperienced drivers feeling anxious and 21% worried.

The UK government warned that without the right supervision learners could be fined up to £1,000 and get up to six penalty points on their provisional licence.

From an insurance perspective, Co-op said generally it could be more difficult or expensive to get cover if a policyholder has been previously disqualified.

Nick Ansley, the firm's head of motor insurance, said: "Anyone who asks a learner driver to take them home after a festive get-together, where the other passengers are all under the influence of alcohol are putting these learners in an unfair situation.

"For the cost of a taxi fare, learner drivers are being put at risk of a driving prosecution and their licences being revoked, all before they've even taken the 'L' plates off the car."