More than five million pensioners will be able to sell their annuity from 6 April 2017, economic secretary Harriet Baldwin has announced. 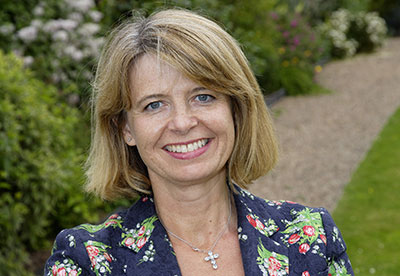 According to the government's response to a recent consultation launched earlier this year, tax restrictions for people looking to sell their annuity will be removed.

Currently, people wanting to sell face a 55% tax charge, or up to 70% in some cases. Once this is abolished, people will be taxed only at their marginal rate.

Baldwin said the change would extend pension freedoms to existing and future annuity holders, as people will have the flexibility to use the capital as they want.

She said: "For most people, sticking with an annuity is the right thing to do. But there will be some who would welcome being able to draw on that money as they choose - the same freedom we gave people approaching retirement in April this year."

Under the new change retirees will be able to take "a lump sum, or place it into drawdown to use the proceeds more gradually".

Pensions minister Ros Altmann agreed with Baldwin that the product would be right for most, but added: "Some were forced to buy annuities in the past that may not have been suitable for them - and I am delighted that this reform will allow more people greater choice and the opportunity of a more flexible income stream."

Baldwin also set out further details on how the market will work, including: requiring that all UK-based annuity buyers and intermediaries are regulated by the Financial Conduct Authority (FCA); requiring people to seek independent advice for annuities worth above a certain threshold, and extending Pension Wise to cover this area.

The government confirmed it would work with the FCA to develop steps for regulation, and with the industry to create an online tool to help consumers work out an estimated value of their annuity. In addition, the regulator will launch a consultation in 2016 on their proposed rules around the market.

Douglas Anderson, partner at Hymans Robertson, described the idea as "sensible" but the biggest challenge would be capturing health data to give accurate assumptions on life expectancies on an individual basis.

"Accurate life expectancy data is an essential building block for the second-hand annuity market to work effectively," he said. "Doing this in an efficient and economical way, especially for low value annuities, will be the challenge for the industry."

This article appeared in our December 2015 issue of The Actuary.
Click here to view this issue
Filed in
12
Topics
Pensions