Over the weekend, delegates from 195 countries approved a climate change deal at the United Nations (UN) 2015 Paris Climate Conference. 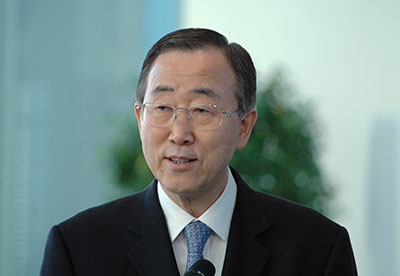 The conference, known as COP 21, is aimed at achieving an agreement to keep a temperature increase to below 2°C, and attempting to limit it to 1.5°C.

UN secretary-general Ban Ki-moon said in his closing remarks of the conference: "The Paris Agreement on climate change is a monumental triumph for people and our planet."

Prime minister David Cameron called the agreement a "striking deal" as "the nations of the world have shown what unity, ambition and perseverance can do".

Matt Cullen, head of strategy at the Association of British Insurers (ABI), described the agreement as "a great achievement for international cooperation".

"The increased frequency and severity of major weather events means insurers are at the forefront of witnessing the real impacts of climate change. Storm Desmond is a stark reminder of this, and insurers' role to help people be resilient to climate impacts," he said.

Cullen added insurers also had "a critical role to play" in helping to support the transition to a low carbon world through sustainable investments, and providing cover to renewable energy and energy efficient homes.

He said: "Insurers are already pursuing policies with an aim of reducing climate impact and they will do much more, alongside governments and other industries."

According to the Department of Energy and Climate Change, the deal sets out a long-term decarbonising goal of net zero emissions by the end of the century, with independent assessment against the progress made in 2018 and every five years thereafter.

Countries will also be legally obliged to make new post-2030 commitments to reduce emissions every 5 years, from 2025.

Energy and climate change secretary, Amber Rudd, said the deal would ensure all countries were responsible for their climate change commitments and give a "clear signal" to business to invest in low carbon transition.