Two-thirds of DC members are undersaving for retirement

A significant proportion (69%) of members in defined contribution (DC) pension schemes in the private sector are not saving enough for retirement, as they are receiving employer contributions of less than 4%. 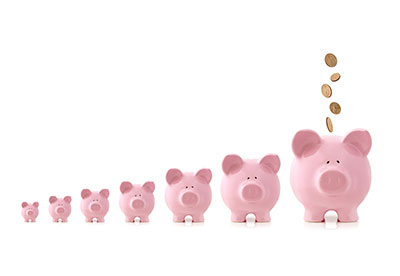 He said there was "no hard and fast rule" in terms of what constitutes as undersaving, but contributions of 15% per annum over a working life "should provide a decent retirement income for most".

His comment follows figures from the Office for National Statistics (ONS) published today, which found the proportion of active members of occupational DC pensions with employer contribution rates of 'under 4%' increased from 22% in 2013 to almost 69% in 2014.

The ONS said this was due to the increase in active members joining through automatic enrolment and the minimum contribution rates required under the programme.

Long said: "Auto-enrolment is working and has brought huge numbers into pensions for the first time, particularly in the private sector. However, it is also responsible for the spike in members receiving employer contributions of less than 4%."

He said most of those auto-enrolled currently received a contribution of only 2%, with 1% from their employer. When auto-enrolment is "fully up and running" in 2019 the required contribution will be 8%, with 3% from the employer.

"This will still be some way short of the level required which is closer to 15%," Long added.

"Pension scheme members and employers shouldn't assume that because they have dealt with auto-enrolment they can now forget about pension planning, there is still plenty more to be done."

On the other side of the scale, only 1% of DC members had employer contribution rates of 15% or more, while for defined benefit schemes, the figure was 57%.

This article appeared in our December 2015 issue of The Actuary.
Click here to view this issue
Filed in:
12
Topics:
Pensions