The Pensions Regulator (TPR) has warned public service pension schemes to improve their standards of governance, following investigation on how schemes meet their legal duties. 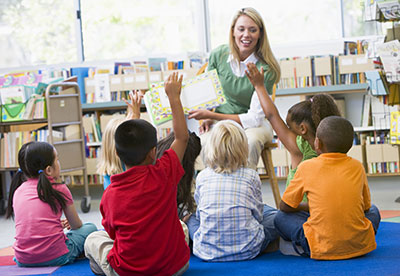 Figures from a survey published today showed that while nine in 10 respondent schemes had made progress establishing a pension board, only 28% had a plan in place to ensure compliance with the Public Service Pensions Act 2013.

Andrew Warwick-Thompson, executive director at TPR, said: "While there has been encouraging progress, our research reveals a concerning picture of some public service schemes failing to engage fully with the requirements on governance and administration."

Based on responses from 101 schemes, the regulator found some schemes were "slow, or have yet to take action", in key governance and administration areas including record-keeping.

The survey also reported that 44% had reviewed their scheme against the practical guidance and standards set out in the TPR's code of practice for public service pension schemes.

Less than half (45%) had measured themselves against the requirements of the record-keeping regulations, and so far only 27% had as a result undertaken a data cleansing exercise.

TPR also highlighted 76% had procedures in place to manage risk, 82% had a risk register and only 56% assessed their risk at least quarterly.

The lowest result in terms of processes was around reporting breaches, where only 55% of schemes reported having procedures in place to enable those with a duty to report to identify and assess breaches of the law.

Warwick-Thompson said: "We recognise that the reforms are significant and those involved with public service schemes face complex and challenging conditions. However, schemes must comply with the law to ensure that the right benefits are paid to the right person at the right time.

"We expect all schemes to assess themselves against the legal requirements and the standards set out in our code, and to take action to address any gaps."

TPR said generally there were high levels of reported processes in place, but it would engage further with schemes who did not participate in the survey to ensure lack of engagement would not lead to a lack of compliance.

"We expect all schemes to respond to our requests for information," said Warwick-Thompson. "We will check on schemes next spring, and we expect them to have made significant progress."

Participation in the survey was voluntary with 48% of schemes responding, which covered 85% of the total membership of public service schemes.

The Public Service Pensions Act 2013 introduced new requirements for public service pension schemes on areas including governance, design, cost control and administration. TPR started to regulate these schemes under the Act in April 2015.

This article appeared in our December 2015 issue of The Actuary.
Click here to view this issue
Filed in
12
Topics
Regulation Standards