Current and proposed means tests are acting as a disincentive for people to save for long-term care, the Institute and Faculty of Actuaries (IFoA) has revealed. 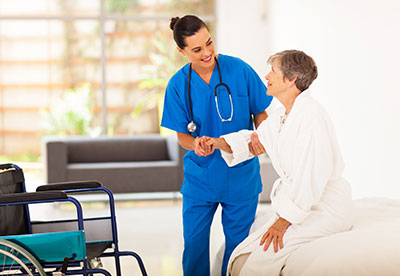 A report published by the IFoA, which analyses how financial products work alongside the Care Act 2014 to help people pay for care, found that under the current system, those with assets between £20,000 and £40,000could lose 80p in means tested benefits for every extra £1 saved.

Once the Care Act 2014 is implemented in 2020, and the means testing thresholds increase, this could be reduced to 50p for every additional £1 saved, it said.

The Act will replace existing legislation in England, with one of the key changes being a new capped charging system on care costs. A cap of £72,000 will apply to the care costs for those beyond state pension age.

Thomas Kenny, chair of the products research group of the IFoA's Pensions and Long Term Care Working Party, which produced the report, said the changes to means testing were a "step in the right direction" but could still remain a "significant disincentive" for people to save for long-term care.

In August, the UK government announced plans to delay the implementation of the Act to April 2020, instead of April 2016.

Kenny said the delay could leave those needing care unable to cope with unlimited expenses, and said the government should create a clear timetable for the implementation of the care cap.

"We would also encourage them to look again at the weaknesses in the proposed system and make adjustments so that, when implemented, there will be an incentive for people to save for their long-term care," he said.

With recent reforms where people can take advantage of pension flexibilities, the report said it was not clear whether people would set aside funds to meet potential future care costs. It identified a number of financial products, such as Care ISAs, that could be used alongside the Act to help people pay for care.

Kenny said: "The IFoA suggests that the government could look at introducing some type of ring-fencing of savings from means testing to remove the current deterrent to saving for long-term care."

The document also showed how care costs could be determined both before and after the cap is reached for a range of circumstances, and found the new system was "complex", therefore making it difficult for people to understand their potential future care costs.

"We also believe that it is in the public interest that people have access to information to enable them to understand the extent of their potential future care costs, and to help them make informed choices now to avoid making funding decisions at the point of crisis. Both government and industry have a role to play here," Kenny added.

This article appeared in our December 2015 issue of The Actuary.
Click here to view this issue
Filed in
12
Topics
Health care