Islamic insurance offers London a chance to become a leading global Islamic financial centre outside Islamic nations, but products need to be Shariah-compliant, an event was told. 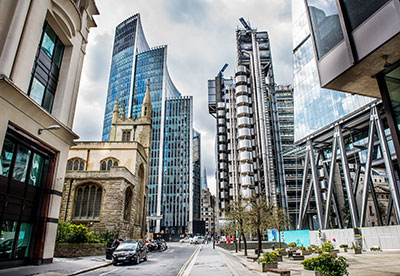 Max Taylor, chairman of the Islamic Insurance Association of London, said: "The structure of conventional insurance, where the policy holder pays a small premium with a potential for a much higher return should a claim arise, is viewed as haram, or in other words, it's forbidden, under Islamic law."

Speaking at a conference about UK's general insurance, organised by Westminster Business Forum, in London, he said a solution would be the growth of Islamic-compliant covers, also known as 'takaful', which is based on the concept of mutuality and without the interests of pure monetary speculation.

Taylor said: "Now takaful fundamentally returns to the mutual system, on which insurance in London was built over 300 years ago, in Edward Lloyd's Coffee House.

"It is based on sharing the risk and also sharing the reward should or when a profit is made. It is built on transparency throughout the process and putting the interests of clients first."

Taylor believed the success of the model relied on the participation of policy holders as the actions of one have an affect on all policy holders.

There have been many attempts to establish takaful insurance operations in the UK in the past, but he said projects failed because of issues with capitalisation, underwriting approaches, and investment strategies under Shariah principles.

He added that, internationally, takaful models had been successful in personal lines, but the vast majority of operators of such models were "small" and "risk averse".

As a result, risk was largely being passed on to international reinsurance markets, and they were not necessarily in a Shariah-compliant form.

"This is the situation that does not suit either the market, which wants to innovate and deliver its products in a way that clients want, or the Islamic business world, that wants to engage with insurance providers that can assume their risks aren't completely Shariah-compliant."

However, with the association, Taylor said the London market now had the ability to place large commercial risks in a Shariah-compliant way, "backed by some of the most financially secure insurers in the world".

"This is a huge opportunity in the UK, in London and its underwriters to take a leading position in the provision of Shariah-compliant insurance capacity, both now and in the future. By doing so, we are going back to the principles on which it was founded," he said.