The cities with the highest number of road accidents resulting in a personal injury claim are all located in the North West of England, according to a report by the Institute and Faculty of Actuaries (IFoA). 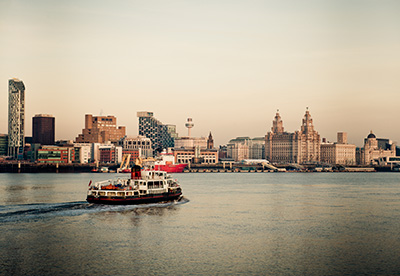 The report, which collated data from 18 of the top 20 car insurers in 2014, found the region overall had 43% of cases resulting in a claim, while the national average stood at 30%.

The study was an update of the interim findings, which found Liverpool was the whiplash capital of UK, with 55.2% of claims. Oldham (50.3%) came second, followed by Manchester (49.4%) and Bolton (46.8). Cities with the lowest incidence of third-party injury claims were all in Scotland. Aberdeen had the smallest proportion of accidents involving claims (13.8%).

David Brown, one of the authors, said: "Third-party property damage, such as damage caused to the other driver's car, seems to be the new target. With a 30% increase in CMC turnover in the last year, the prospects look as bleak now for property damage as they did for personal injury a few years ago."

Brown said the government's decision to tackle exaggerated whiplash claims announced in the Autumn budget statement would be equivalent to stopping all third-party injury claims under £13,000.

He added: "The measures necessary to achieve this could be quite draconian and could affect legitimate whiplash claims."

In a separate report concerning large claims - those above £131,000 - the IFoA found the cost per policy of such claims had increased on average by 11% per year since 2010.

It explained this was due almost entirely to a growth in the average cost of claims rather than the volume. The frequency of such claims had been "stable" since 2010, with about 70 each year for every million vehicles insured making a claim. In 2014 this increased to 73.

Cities with highest number of claims:

Cities with lowest incidents of claims: