The Bank of England (BoE) has announced that tomorrow (5 December) it will publish a list of insurers whose internal or partial internal models have been approved for Solvency II. 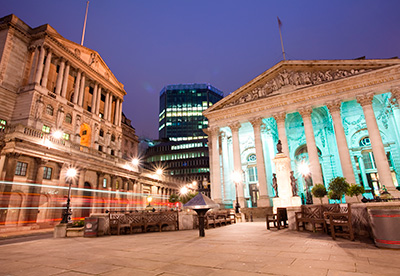 Internal models allow firms to determine their own solvency capital requirements (SCR), but approval is needed and must be submitted to the Prudential Regulation Authority (PRA), which forms part of the BoE.

Those who do not get approval must use the standard formula when calculating SCR.

PwC said that 120 firms had applied to gain model approval, but the PRA is expected to notify only around 20 UK insurers of the results.

Jim Bichard, UK Solvency II leader at PwC, said those with full approval would benefit from the certainty of optimal capital requirements and the reputation of using a capital model that has passed "the ultimate test".

He explained if applications were partially or fully rejected, firms would be likely to face "difficult questions" from investors, analysts and rating agencies about the effectiveness of the models they use to run their businesses.

Bichard urged firms in this position to "act quickly" to manage the risks associated with failure which would be a "negative message to their stakeholders".

"The likely impact will depend on the business model of the insurer but a rejected application could leave firms needing to activate contingency plans, facing significantly reduced capital surpluses and reputational impact," he said.

Bichard also predicted firms which have previously exited the internal model application process or deferred their application would be watching the process closely, making plans and considering making an application in the new year.

Chris Moulder, director of general insurance at the PRA, said most of the work regarding Solvency II was "largely complete", but he added: "Though there may be a temptation to breathe a great sigh of relief and move on to other things, we expect a similar number of internal model applications over the next two years."

During his speech about policy priorities, organised by the Westminster Business Forum in London, Moulder also said much of PRA's focus was on capital and reserving, but the regulator would begin to prioritise work on underwriting and pricing governance.

"We will be interested to understand the extent to which the board receives adequate information to be able to understand pricing trends; for instance, consideration of whether the information received is adequate to assess risk-adjusted rate changes, rate adequacy, claims inflation as well as changes in terms and conditions," said Moulder.

"As rates continue to deteriorate we will also seek to understand how boards ensure effective management of the conflict between business plan objectives, the firm's pricing practice and setting of reserves."