Autumn lecture: exploring the role of banking and business

Autumn lecture: exploring the role of banking and business 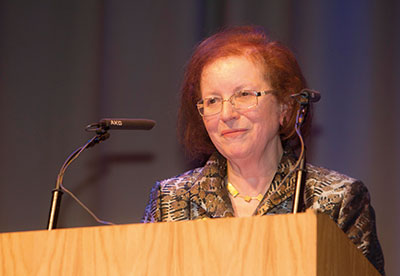 The IFoA's Autumn Lecture was delivered by one of the most successful business leaders of recent years, Lady Susan Rice. She is a leading expert in sustainability, and recently became a chair of the board of Scottish Water. Previously managing director of Lloyds Banking Group Scotland, Rice also became the first woman to head a UK clearing bank in 2000.

During her talk, she explored the vital role banking and business has to play in society. Over 200 people, including representatives from business, government departments, academia and third-sector organisations, attended this special event on 9 November.

We are seeing a change in banks on the back of new rules in a whole range of areas, which Rice calls the five Cs: competition, capital, compensation, controls and conduct.

Rice, who chairs this board, stated: "This is the first time there has been an attempt to professionalise the banking industryall of which, we hope, will lead once again to renewed trust in our banking system."

The second part of the lecture was dedicated to resource and environmental challenges. Rice drew on her recent experience as a chair of both Scottish Water and Scotland's 2020 Climate Group. She stated the importance of having not only enough finance but also water and power to have both a sustainable economy and a safe and secure society. This is where the IFoA has started to bring its expertise to bear on the impact of climate change and the depletion of natural resources. Rice concluded: "Like banks, like utilities, we are all in the business of building a sustainable economy and a safe and secure society."

The Autumn Lecture also provided an opportunity to recognise the commitments and achievements of individuals who demonstrate excellence in actuarial learning and research. Suzanne Vaughan, leader of the IFoA's Scottish Board, announced winners of the advanced higher mathematics prize and the prize for the best postgraduate actuarial student at Heriot-Watt University.

View the full Autumn Lecture online: bit.ly/1MlNcd0
This article appeared in our December 2015 issue of The Actuary.
Click here to view this issue
Filed in:
12