UK motor insurers will probably only cut premiums slowly in reaction to the government's crackdown on whiplash injury claims, Fitch Ratings has said. 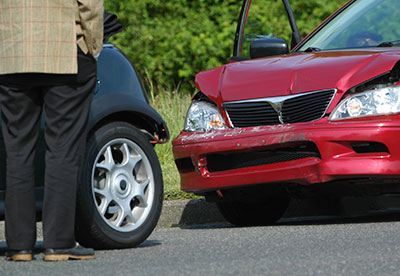 The rating agency explained there would be a "cautious response" after the sector overestimated how much previous reforms would reduce claim levels, hurting their underwriting profitability.

Fitch said whiplash claims in the UK, which cost insurers about £2bn a year, were "much more frequent than in most other European countries", suggesting that a "significant proportion of the claims are fraudulent".

The government will also allow more cases to go through cheaper small claims courts, as the upper limit for these claims will be increased from £1,000 to £5,000.

Osborne said the changes "will remove over £1bn from the cost of providing motor insurance. We expect the industry to pass on this saving, so motorists see an average saving of £40-50 per year off their insurance bills".

However, Fitch said it was "still uncertain" whether the proposals, which would need to go through a consultation, would actually achieve this level of savings.

"The last time the government tried to address the rapid growth in personal injury claims, by outlawing claim referral fees and preventing the recovery of success fees, insurers slashed premiums by nearly a quarter in 2012 and 2013," said Fitch.

"The price drops were partly driven by the industry's over-optimistic forecasts for lower claims and meant the accident year combined ratio, a measure of claims to premiums, climbed steadily from 103% in 2011 to 112% in 2014."

The firm said this time insurers would probably pass on savings slowly and as they see evidence that claims are falling, they may also try to use the reforms to strengthen their weak profitability.

However, it added the "highly competitive" nature of the UK motor insurance market meant most of the cost savings would eventually end up being passed through to customers.

This article appeared in our November 2015 issue of The Actuary.
Click here to view this issue
Filed in
11
Topics
General Insurance