Bermuda has been granted full equivalence by the European Commission (EC) to comply with the Solvency II directive. 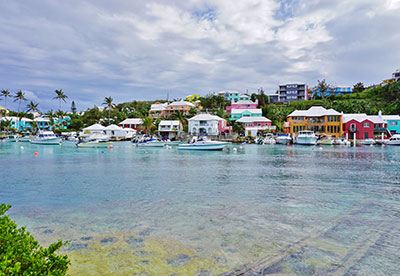 Under the EC's 'Delegated Act', Bermuda gained equivalence in accordance with the requirements of the three Solvency II Articles: Article 172, related to equivalence of reinsurance, Article 227, regarding group solvency calculation and Article 260, equivalence of group supervision.

The Act is subject to a three-month review by the European Parliament and Council. Once the Act comes into force, equivalence could be applied retroactively to 1 January 2016.

The Bermuda Monetary Authority (BMA) said the outcome of the review would be the result of the country's six years of work.

Jeremy Cox, chief executive officer at the BMA, said: The world is watching to see how Europe will transform its risk industry and improve the protection of its policyholders.

"The world will also be watching to see how Bermuda plays its part in this epic transformation. It has been a long journey and an incredible amount of work has gone into this over the past six years. At the Authority, we are delighted that it is now on the brink of successful completion."

Cox explained the equivalence would mean Bermuda's commercial (re)insurers and insurance groups would not be disadvantaged when competing for, and writing, business in the EU.

"Being an early adopter of Solvency II has granted certainty to commercial (re)insurers operating from Bermuda," he said.

The Association of British Insurers (ABI) said the progress was "encouraging" but the EC needed to make "timely equivalence decisions" on further jurisdictions.

Hugh Savill, director of regulation at the ABI, said: "It is now crucial we see progress with equivalence decisions for other territories. Steps such as these to strengthen international supervisory co-operation are very positive, but insurers need as many decisions in place as soon as possible to help maintain British insurers' ability to be highly competitive internationally."

In June Bermuda was granted provisional equivalence in respect of Solvency II calculations. In September the European Insurance and Occupational Pensions Authority published a progress report stating the island had made “substantial amendments” to comply with the directive.

Bermuda and Switzerland are so far the only non-EU countries granted full equivalence under Solvency II.

This article appeared in our November 2015 issue of The Actuary.
Click here to view this issue
Filed in:
11
Topics:
Reinsurance