Flood Re on course to secure £2.1bn

Flood Re has said it is on track to build its £2.1bn reinsurance protection programme after its first tender was oversubscribed. 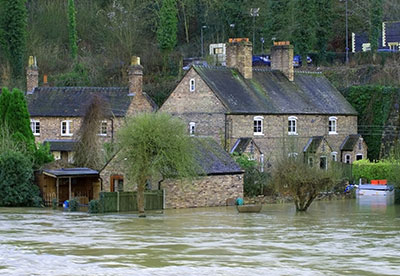 The Flood Re scheme is an initiative by the government and insurers to ensure that residents of homes prone to flooding can access affordable insurance.

Some £1.29bn was raised from leading reinsurers in first stage of its tender process for outward reinsurance protection, including significant support from Munich Re and Swiss Re.

Reinsurance broker Guy Carpenter has now entered the second phase, in which a further £720m of reinsurance protection will be sought, concluding during January so that Flood Re can accept its first policy by its target date of April 2016.

Chief executive Brendan McCafferty said: "We are delighted by the strong demand within the reinsurance market, which saw the programme being significantly oversubscribed.
"This bodes well for phase two and means we are on course to provide protection up to the planned £2.1bn annual liability limit."

Guy Carpenter's managing director Charles Whitmore said the market's response to Flood Re "has been very impressive, with carriers showing a strong appetite to work with the public sector to ensure affordable flood cover will be made available to UK households".

Mr Whitmore added that he believed this to be the first time reinsurance cover had been procured in accordance with the European Public Procurement regulations.

This article appeared in our November 2015 issue of The Actuary.
Click here to view this issue
Filed in:
11
Topics:
Reinsurance