Nearly half of motorists would choose their car over social life

Motorists deprived of their cars may feel anger and panic and nearly 40% of them would sooner be separated from their family than from their car. 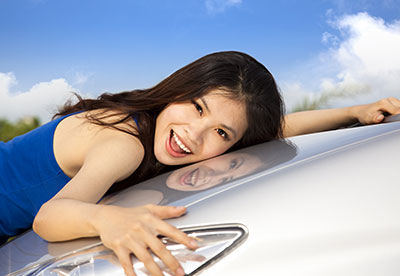 Motorists deprived of their cars may feel anger and panic and nearly 40% of them would sooner be separated from their family than from their car.

Research by insurer Direct Line has found that one quarter of motorists said would feel anxious without their vehicle, 39% said could bear separation from their family for a longer period than from their car and 47% would prefer to be deprived of their social life.

Direct Line said the results showed motorists relied on their cars both practically and emotionally. Deprived of their car, 25% of respondents would feel anxious, 15% depressed and 10% each would experience both anger and panic.

The survey even found 9% of motorists would rather go without food than without a car.

An average motorist who loses the use of their car would face out-of-pocket expenses of £135 for each week.

One-third of respondents said that being without a car would cause them to lose earnings, which would average a loss of £77 a week, rising to £107 for those aged under 55 and £104 for London residents.

Those forced to use taxis instead said they would expect to pay £27 per week and other expenses, such as getting children to school and cancelling social plans, would amount to £31.

Direct Line commissioned the study to mark the start of its Guaranteed Hire Car service, which offers guaranteed hire car cover as standard with all comprehensive insurance policies.

The company's motor director Gus Park said: "A car is an integral part of many peoples' work and social lives, which is why being without it can be so costly."

This article appeared in our November 2015 issue of The Actuary.
Click here to view this issue
Filed in:
11
Topics:
General Insurance