OECD pension fund assets now worth in excess of $25trn

Pension funds across advanced economies performed strongly in 2014 with assets topping $25tn for the first time, the Organisation for Economic Cooperation and Development has said. 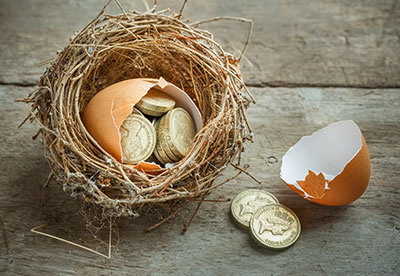 Pension funds are currently the main financing vehicle for private pension plans, with $25.2tn of assets managed at the end of last year, representing 66% of the total private pension assets in the OECD, a grouping of 34 of the world's most developed economies.

In this year's edition of Pension Markets in Focus the OECD said pension funds had done well in 2014 despite the current environment of low growth and low inflation. It examined whether pension funds are moving towards more risky profiles in a "search for yield".

The report found that assets managed by pension funds in the OECD have grown for the sixth consecutive year in a row. Since the financial crisis in 2008 pension fund assets have grown on average by 8.1% yearly.

The weighted average asset-to-GDP ratio for pension funds reached 84.4% in OECD countries this year, compared to 34% in non OECD countries. In the Netherlands, however, the ratio was even higher, at 159.3%.

It also found no trend at the OECD level to support fears that, against the backdrop of a prolonged low-yield environment, pension funds may become involved in a "search for yield" whereby pension funds move into riskier investments that compromise their solvency situation and capacity to deliver adequate retirement income in the event of negative shocks in the financial market.

Pension funds in the OECD were found to have on average 84.7% of their portfolio invested in "traditional" assets, such as equities, bills and bonds and cash and deposits. Non-OECD countries seemed to favour such assets even more.

It did however find that some of the largest pension markets at country level were showing an increasing interest in alternative kinds of assets, such as private equity in Brazil, land and buildings in Canada and derivatives in the UK.

Investing abroad is another way for pension funds to search for higher returns, as they do in Chile, though geographical diversification in some instances may reduce risk, the OECD said.

Most of the countries put a ceiling on pension funds' exposure to alternative assets, bar a few large markets, the report noted, but it warned that regulators and policy makers should be vigilant about the various forms the "search for yield" can take so they can identify any move towards excessive risk exposure.