Legislation passed for Flood Re to take effect in April

The Flood Re reinsurance scheme is due to take effect in April after floods minister Rory Stewart signed its regulations, following parliamentary approval. 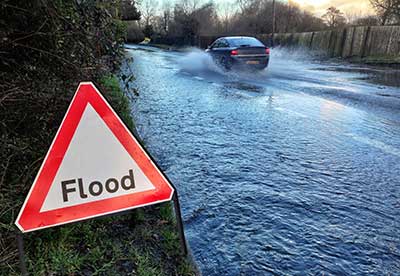 The scheme still requires authorisation from the Prudential Regulation Authority and Financial Conduct Authority but expects to start work by its April target date.

Environment and floods minister Rory Stewart said: "Flood Re will for the first time ensure access to affordable flood insurance for people regardless of where they live.

"Today marks an important step for Flood Re as the regulations come into force and give it the means to protect people from spiralling insurance premiums."

Flood Re replaces earlier voluntary agreements between the government and members of the Association of British Insurers, which did not cover the affordability of the home insurance provided.

Under the new scheme, due to be in place for 25 years, affordable flood cover will be offered to households at highest risk of flooding.

Insurance will be sold in the usual way but insurers can pass back the flood component of home insurances to Flood Re, based on the council tax band of the home concerned. Customers who suffer flooding will claim from their insurer as normal but the latter will be reimbursed by Flood Re.

Chief executive of Flood Re, Brendan McCafferty, said: "We are delighted that the government has now put into effect the legislation that gives Flood Re its statutory underpinning. We are working towards an operational start in April 2016 and look forward to delivering on our commitment to helping insurers provide consumers with access to affordable flood insurance."