Almost five million people in England are at risk of flooding, but many have not taken steps to improve their flood awareness, according to the Environment Agency (EA). 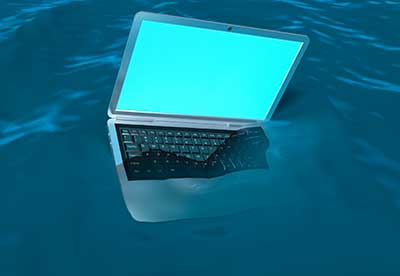 The department added that one in six properties in the country was also at risk and warned flooding could be "devastating" to families, homes and businesses.

The EA said around 260,000 business units employing 3.2 million people were located in flood risk areas, and flooding would become more common as the climate changes.

In addition, two thirds of small businesses were affected by severe weather such as flooding in the past three years, as revealed in a survey by the Federation of Small Businesses cited by the EA. Three quarters of businesses polled did not have a plan in place to deal with these incidents.

The EA outlined three measures for people and businesses to tackle the impact of flooding. These include: checking flood risk on the department's online flood map, signing-up for warnings and developing a plan in the event of flood.

The department has also launched its annual Flood Action campaign and is encouraging people to alert friends and family on social media using the hashtag #floodaware.

Floods minister Rory Stewart said: "The #floodaware campaign will shine the light on all of this great work, giving vital support for those in high risk areas to help keep their homes safe, as well as helping everyone understand the risks and providing advice on how to prepare for flooding."

Charlie Corbishley, climate ready manager at the Environment Agency, added: "All businesses would benefit from having a business continuity plan in place which includes severe weather."