The amount of tax relief under the current Exempt Exempt Taxed (EET) system is going to put a real strain in the UK governments finance system, according to an actuary. 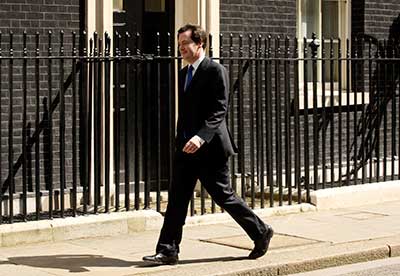 David Fairs, chairman at the Association of Consulting Actuaries (ACA) and partner at KPMG, explained that with 1.8 million small and micro employers about to begin auto-enrolment, overall contribution rates would start to go up.

Speaking at an event organised by the Westminster Employment Forum in London, Fairs said: "If you add in to that, the increase in minimum wage over the next few years, you can see from the treasury perspective, the amount of tax relief under an EET system is going to put a real strain on treasury finances."

The ACA has previously suggested the 8% total contribution rate should be increased to 16% over time, going up by 1% every two years. Fairs said adding the increase in contribution rate would add further financial difficulties to the treasury.

Under EET, contributions and growth are exempt from tax but withdrawals, other than the first 25% due to pension freedoms, are taxed.

Fairs said a move to a Taxed, Exempt, Exempt (TEE) system would therefore be "obvious".

He added: "By default it removes the tax free lump sum, saving some £4bn to £5bn per annum, it potentially opens up the opportunity to raise national insurance on employer contributions, raising another £14bn and you defer the £20bn to £25bn of tax relief on contributions upfront."

Under TEE, contributions are taxed upfront, but investment returns and withdrawals are tax-free. It was first proposed by chancellor George Osborne in his July budget statement.

However, Fairs warned removing tax relief on both national insurance contributions and employer contributions would remove the incentive from employers to provide good pensions.

Fairs also acknowledged moving to TEE would bring "great complexity" for individuals to move from one system to another, but said he was not "a great fan of the existing system".

"It's now grown so complex that I think many pension professionals struggle to understand," Fairs said.

"But if we did move to a new system it would be rather nice to stay for a few years and didn't get tinkered with every year."

He said: "Changing and moving to a TEE system would have significant implications and we need to think carefully before we change and move to something which is not necessarily going to be the best interests for the society as a whole."